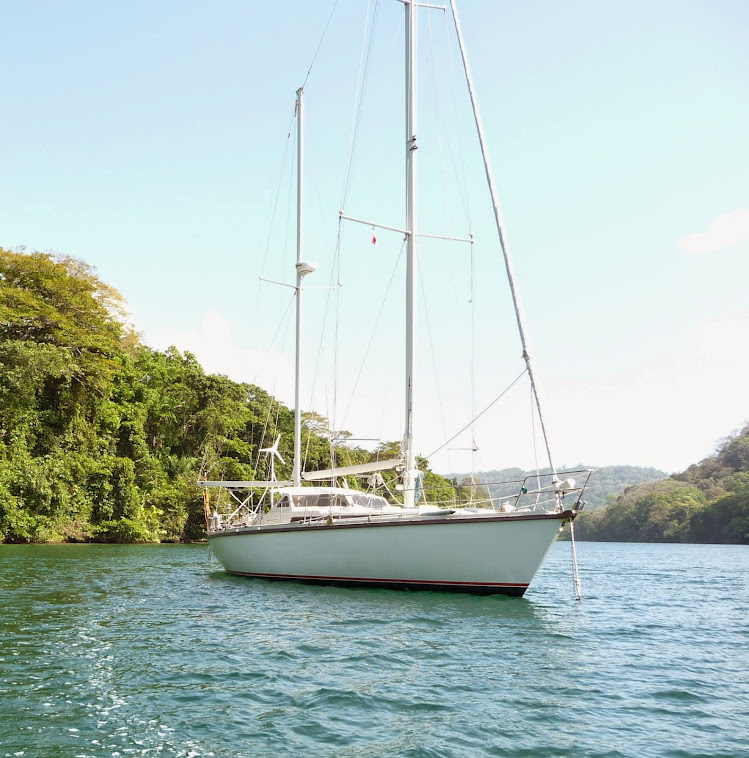 I should probably take a second to talk a bit about the vessel on which i will be spending the next several weeks. Her name is The Arctic Tern (taking the name after the gorgeous, circumpolar bird) 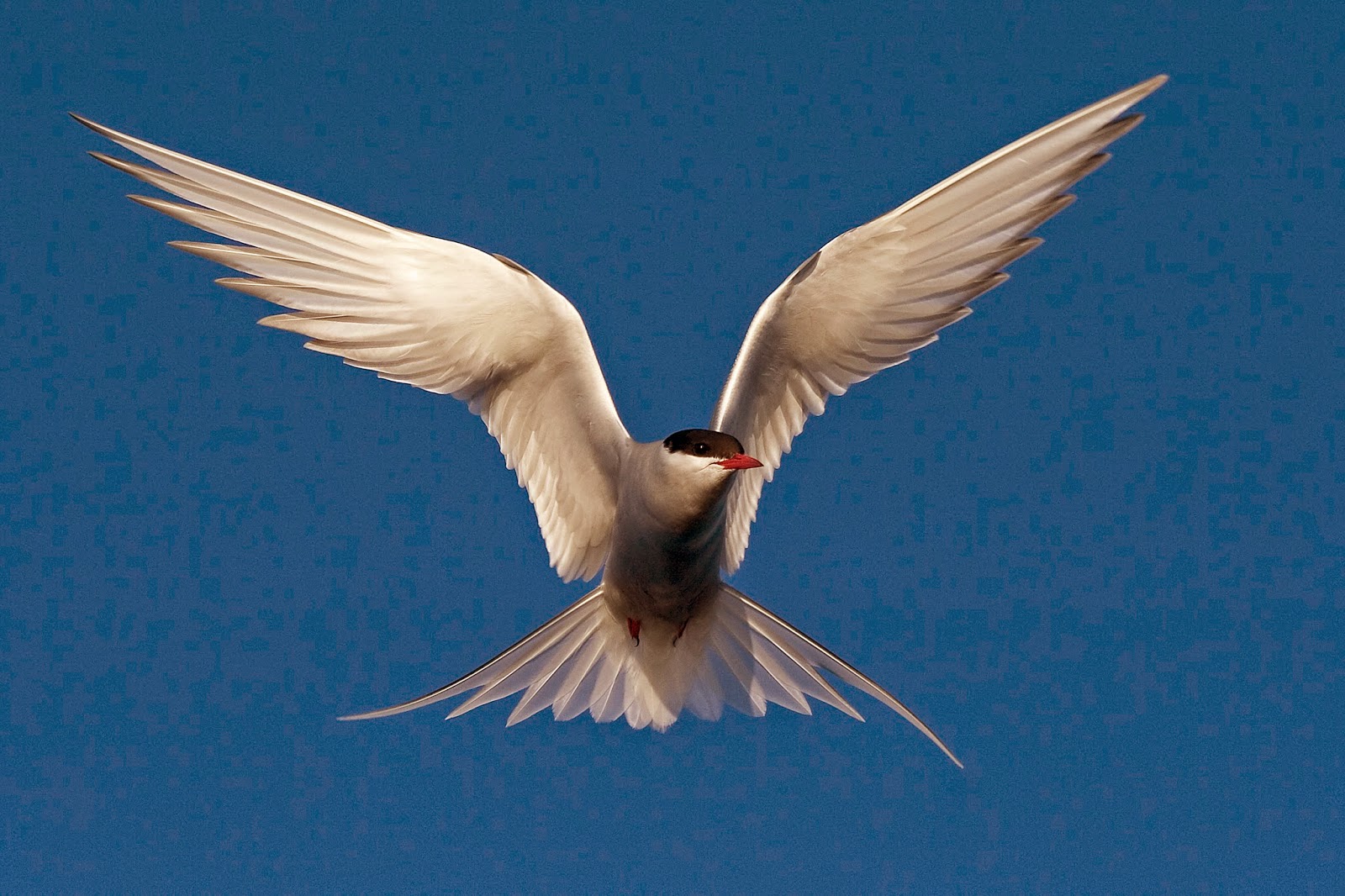 This is a 53' , 26year old Amel. 3 sails, 3 cabins, 2 heads,5 water tight seal off compartments, and a big ol' deisel Volvo engine. Most all the sail trimming and functions are electric- push button sailing, but there is still plently to do! 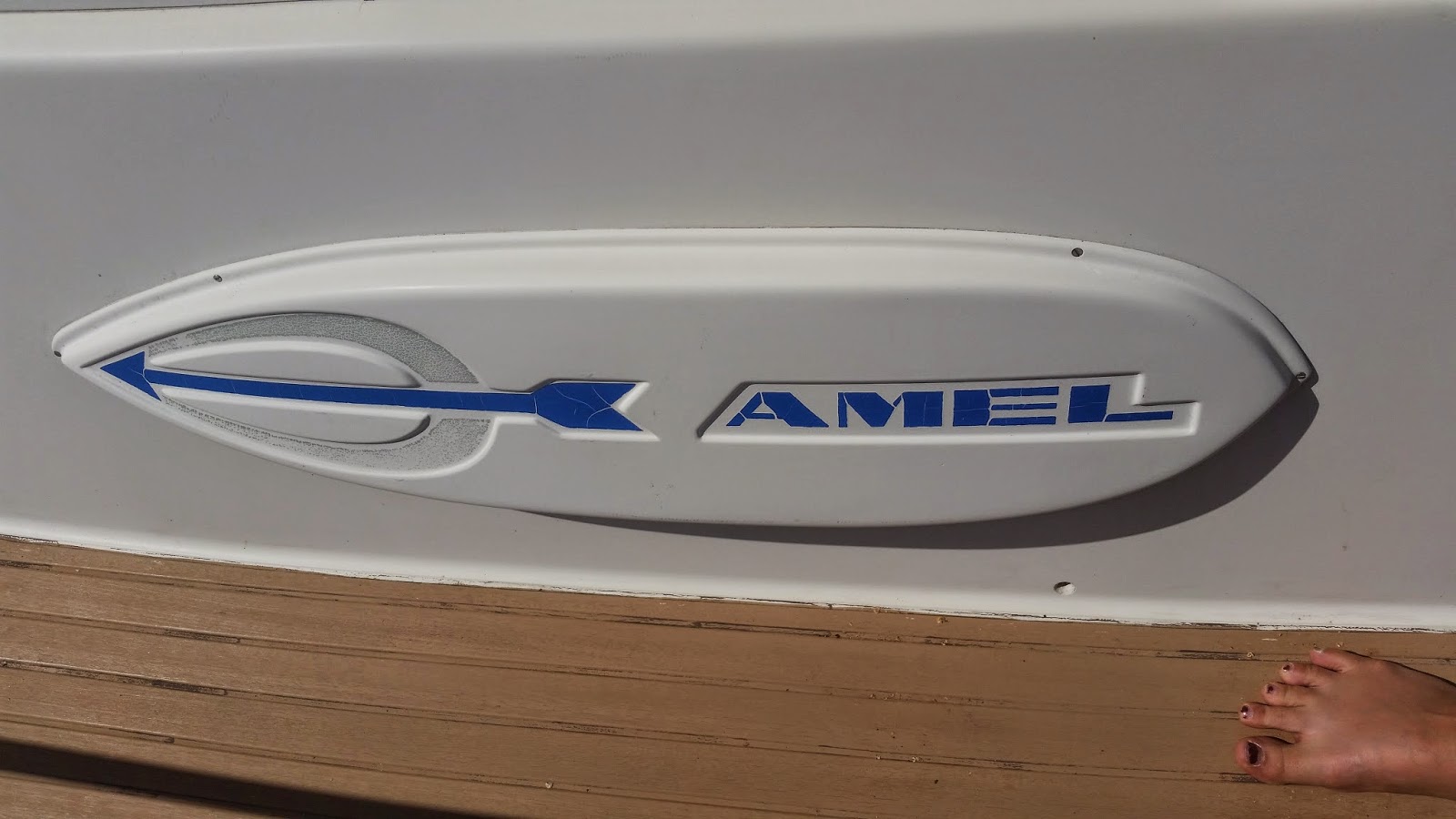 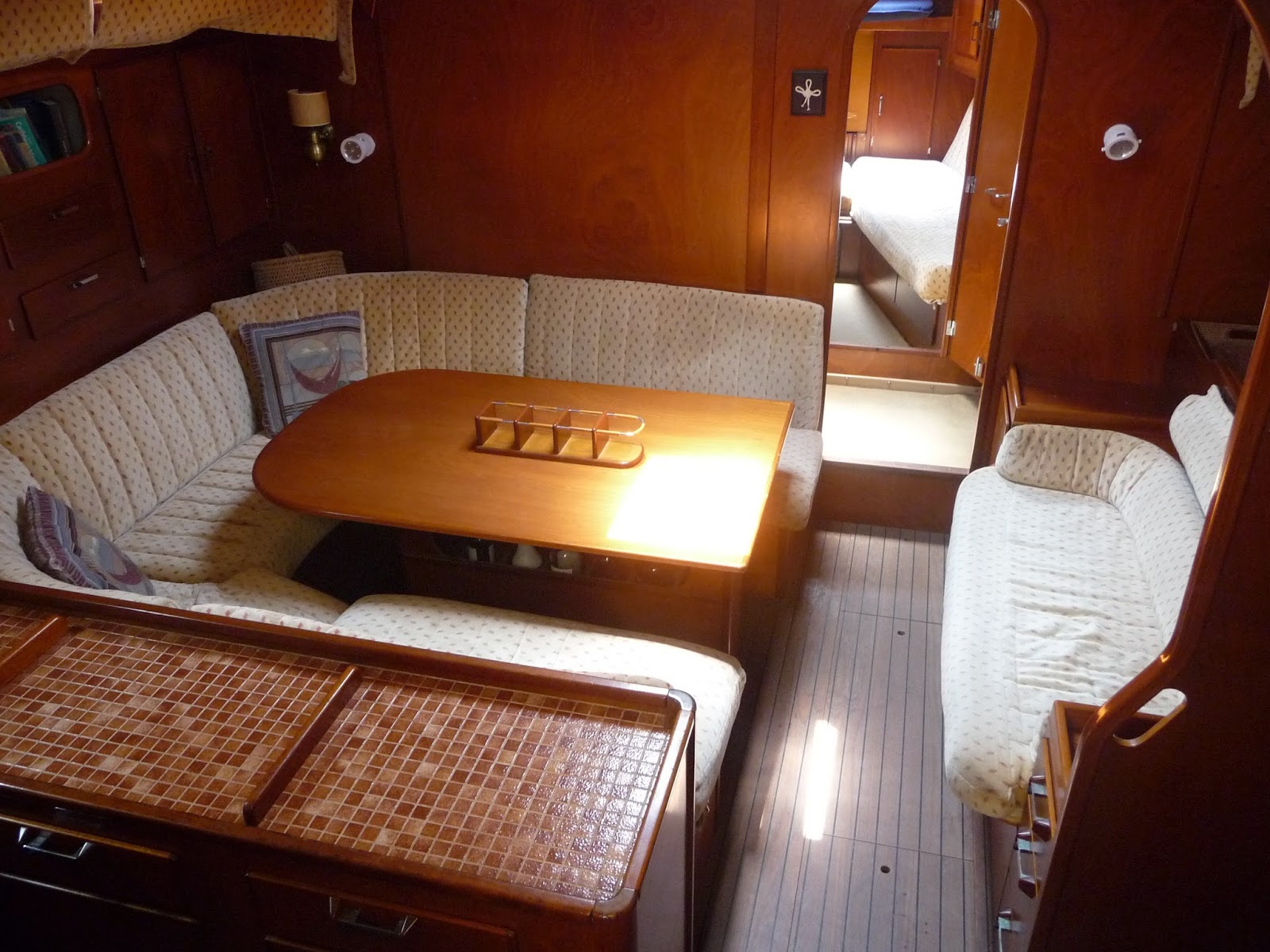 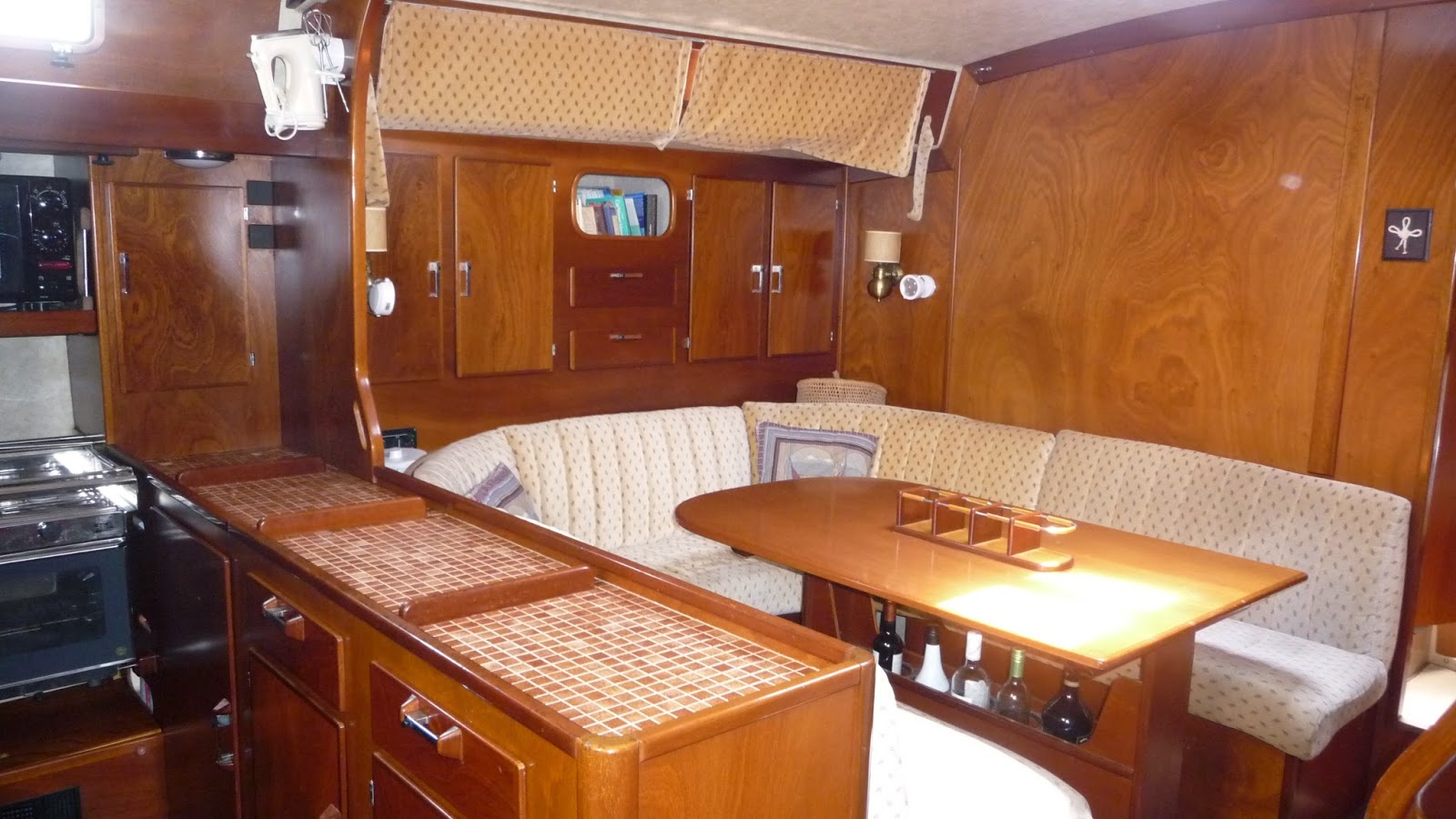 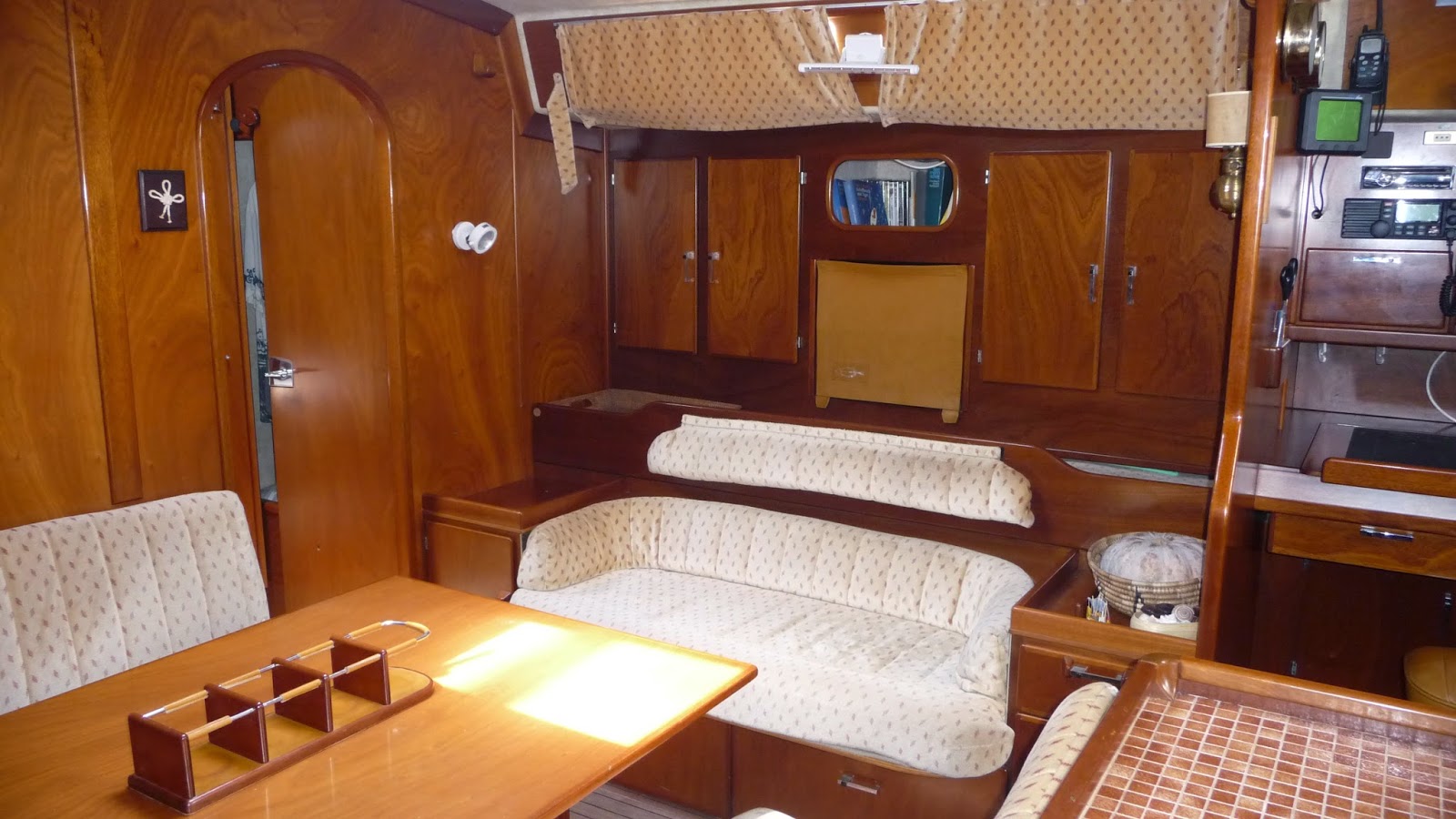 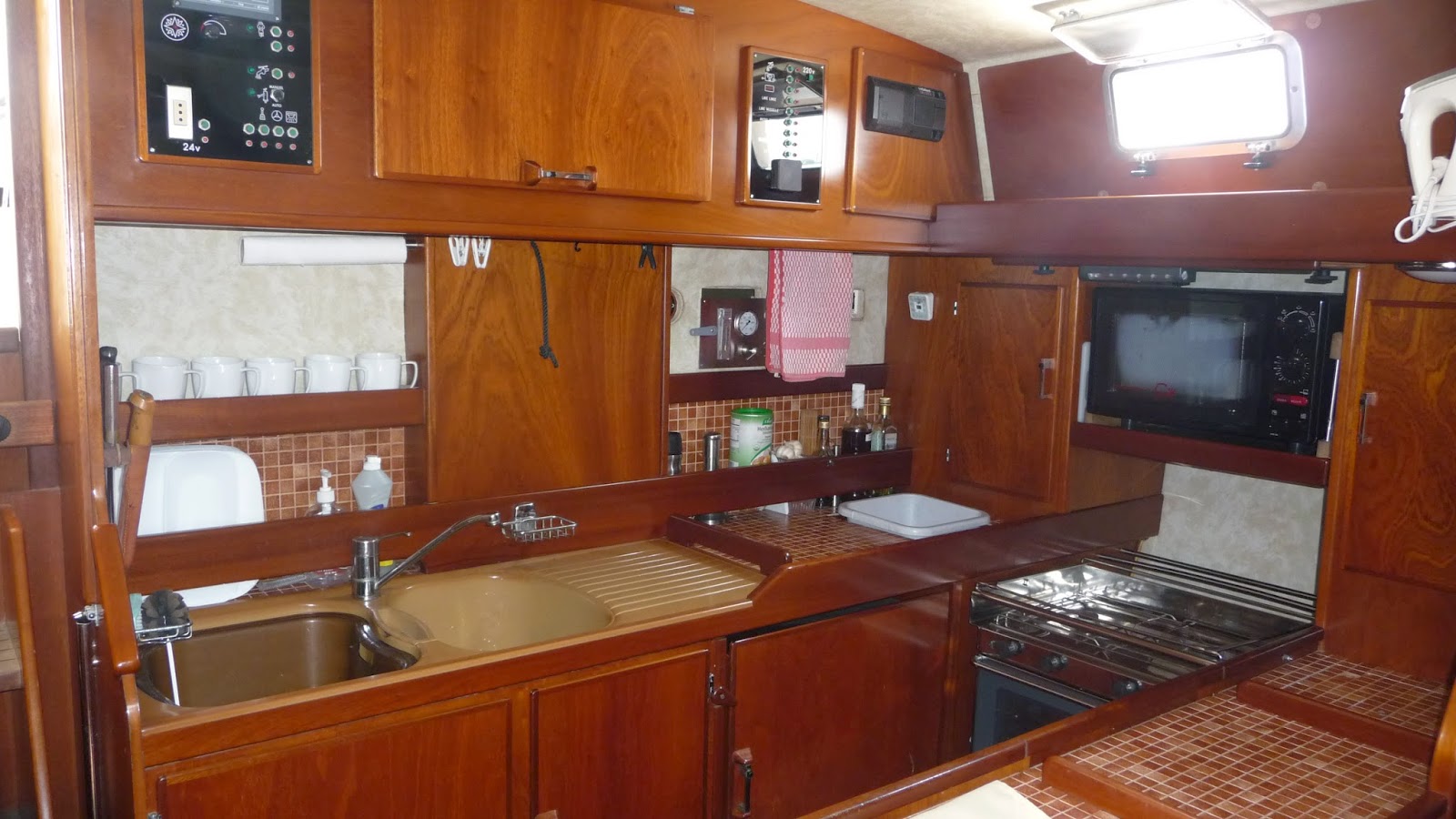 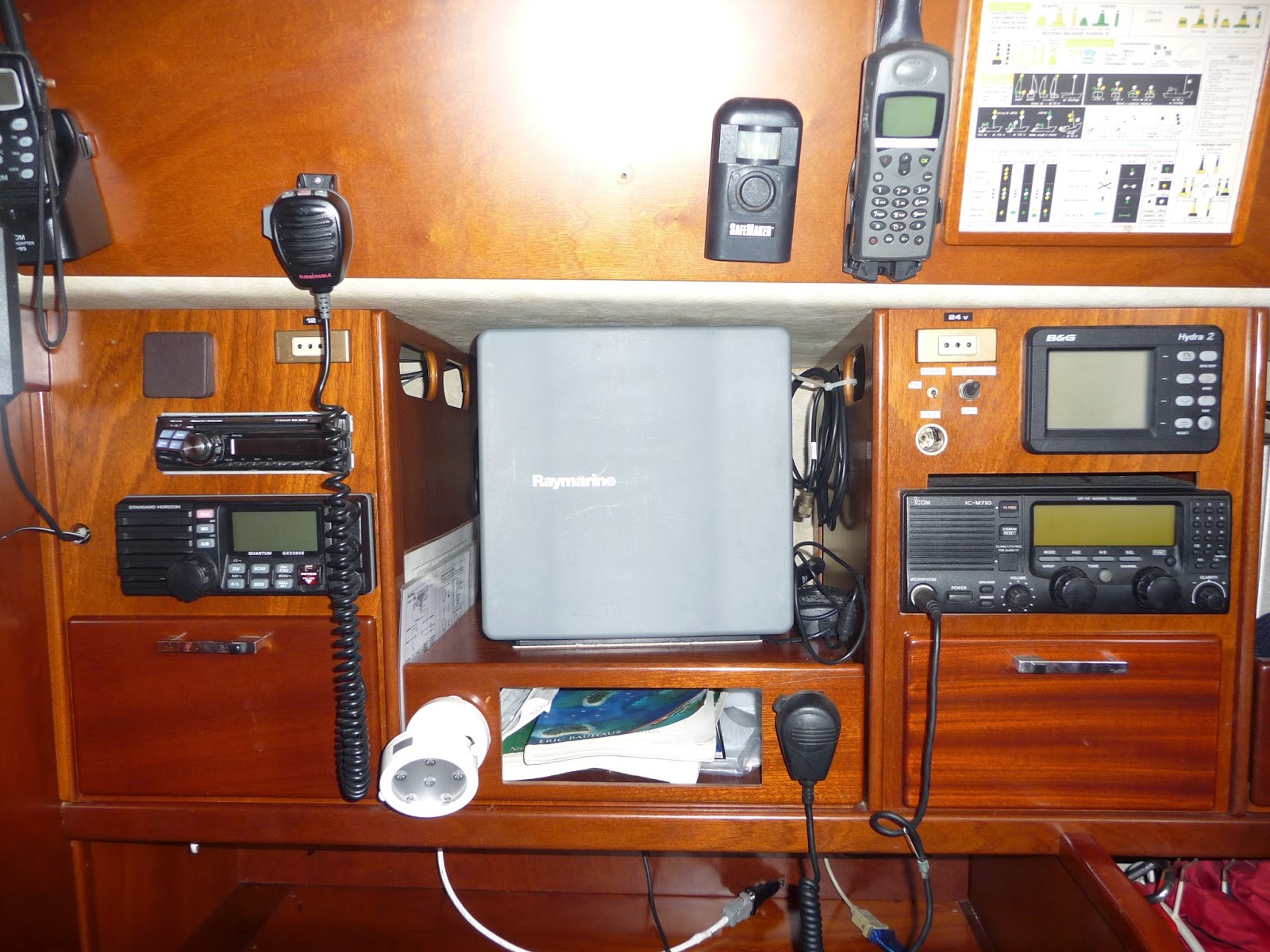 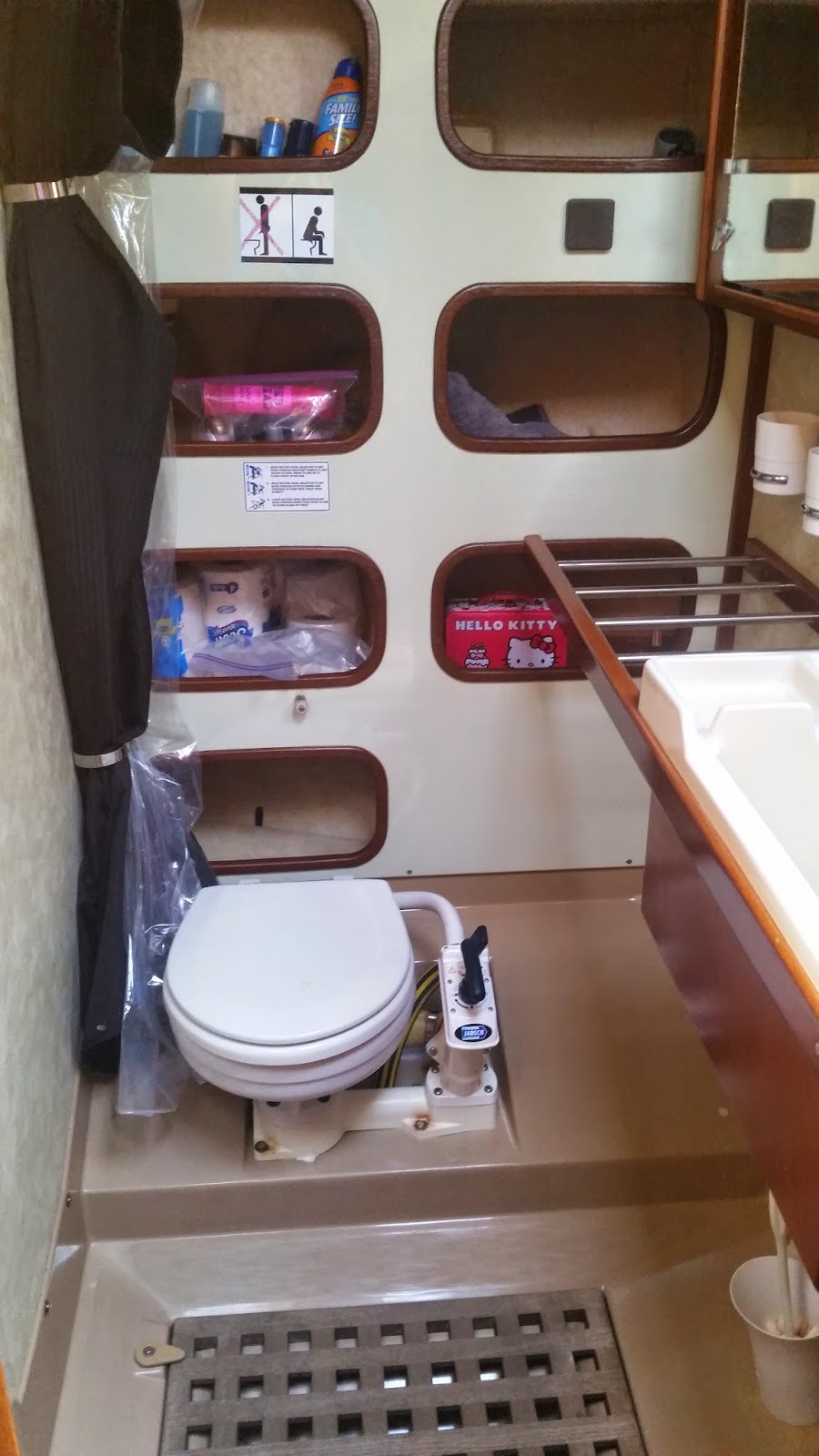 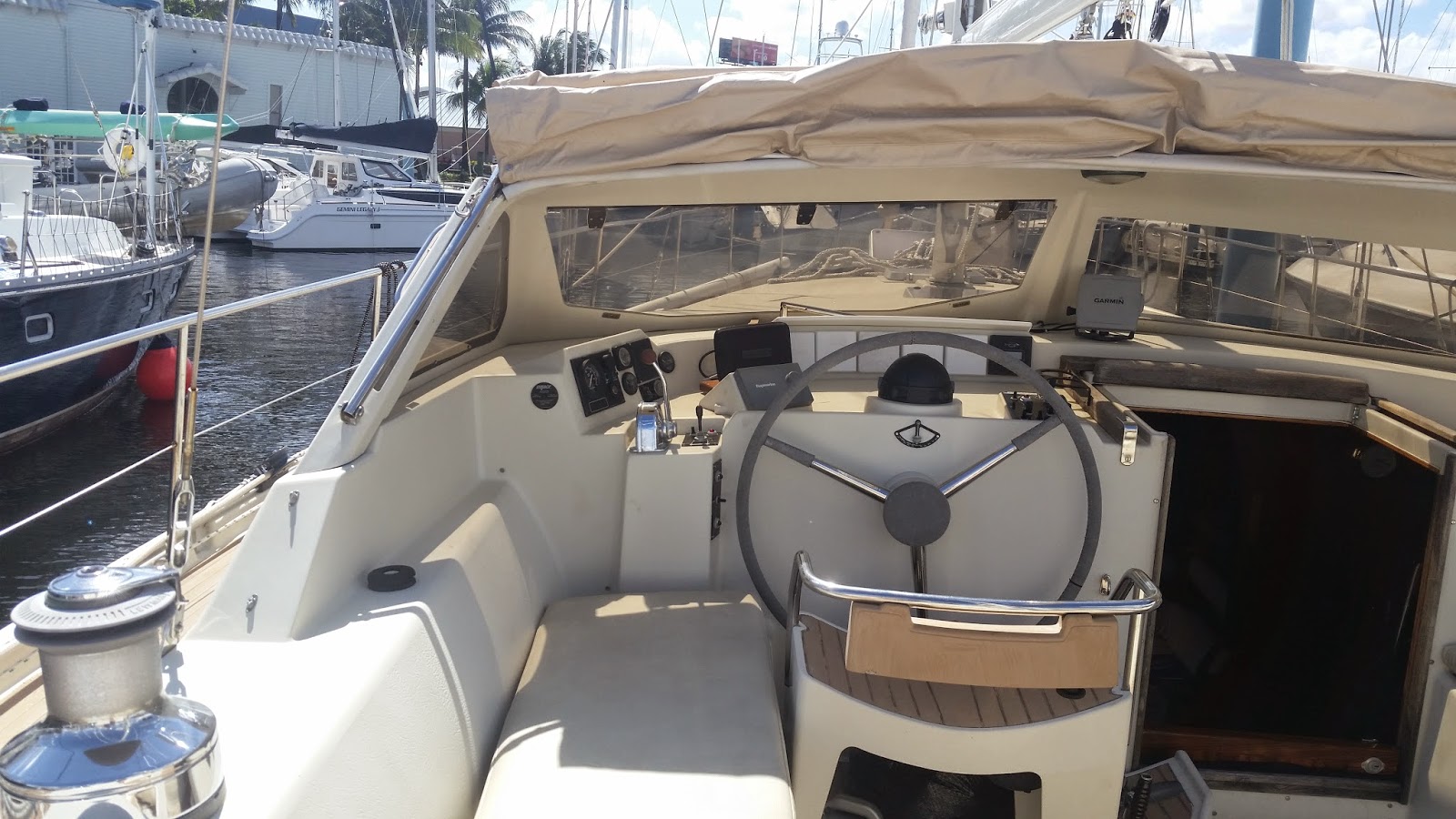 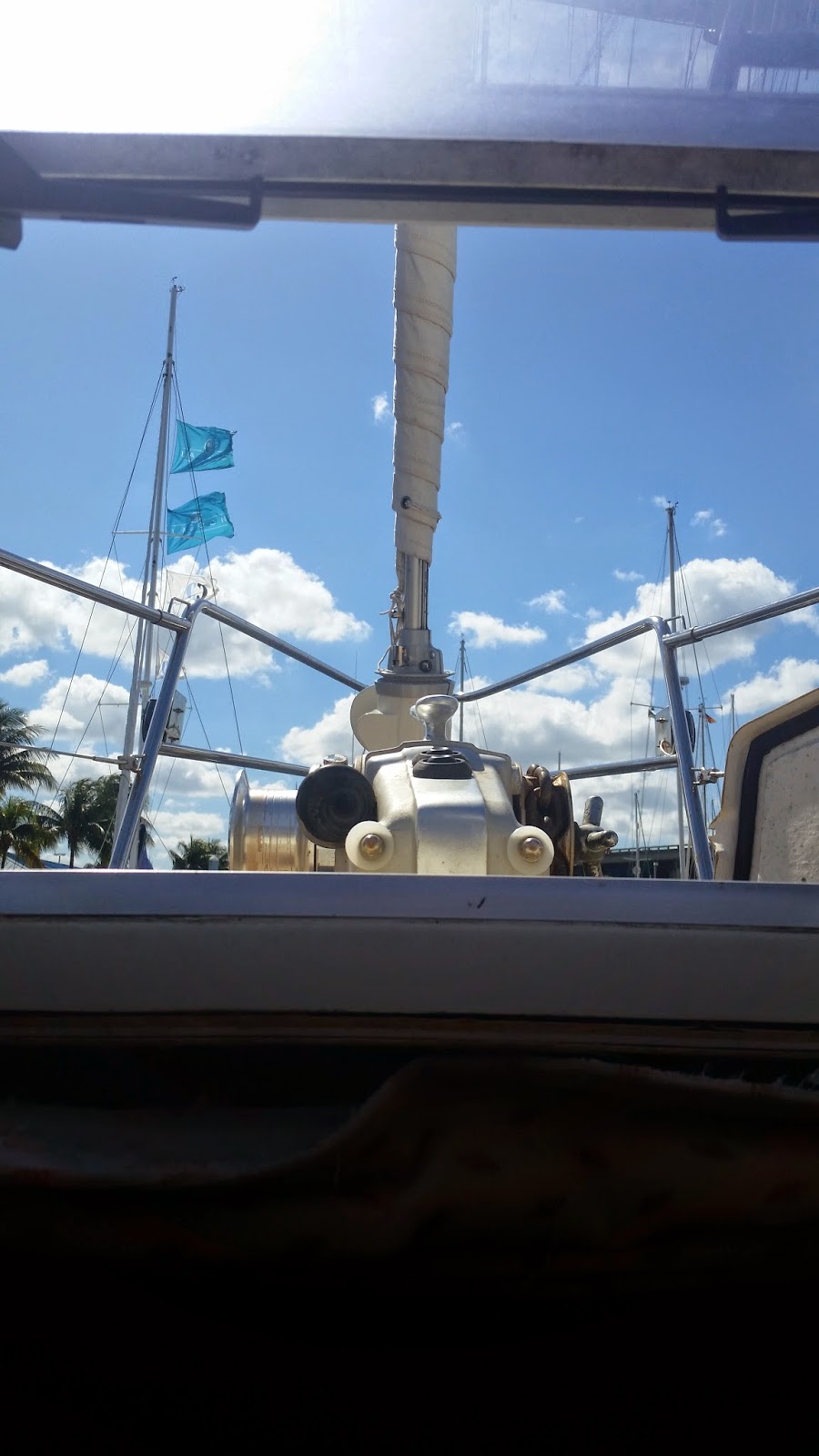 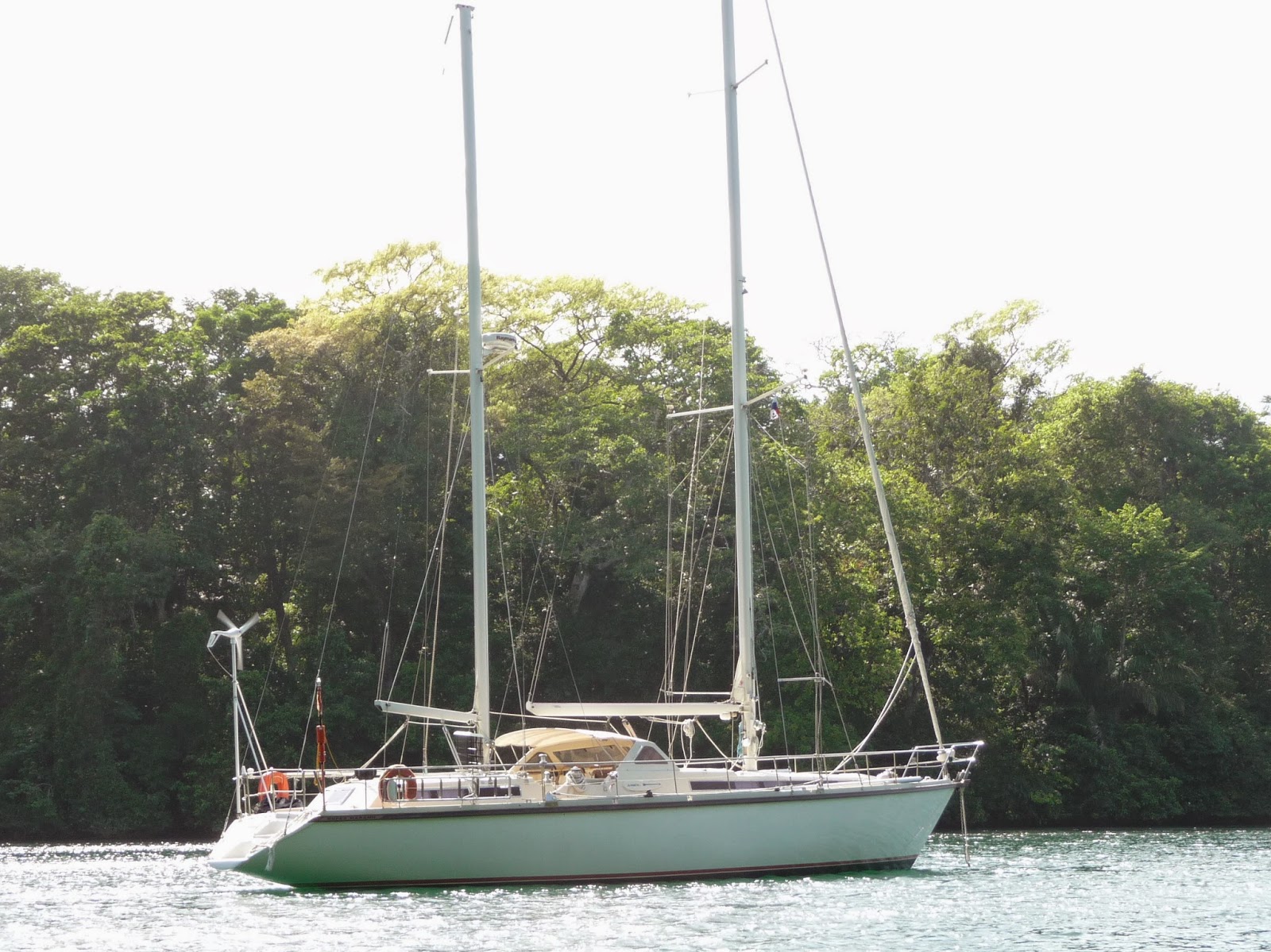 Hey Mom! you'll be glad to know that Amel's are ranked the to be the safest ocean cruising sailboats on the market. Her 7ft. draft has kept even fully keeled-mast in water- boats sailing, popping them right back up again. Only one has been reported a sunk and that was due to a stupid mistake on the captain's part; leaving his bow-thruster down while under sail and getting it caught up in a line. ..Whoops..

Also, fun fact. Amel's were designed by, get this, a blind Frenchman. ...oh the French, so keen on being anotomically correct: 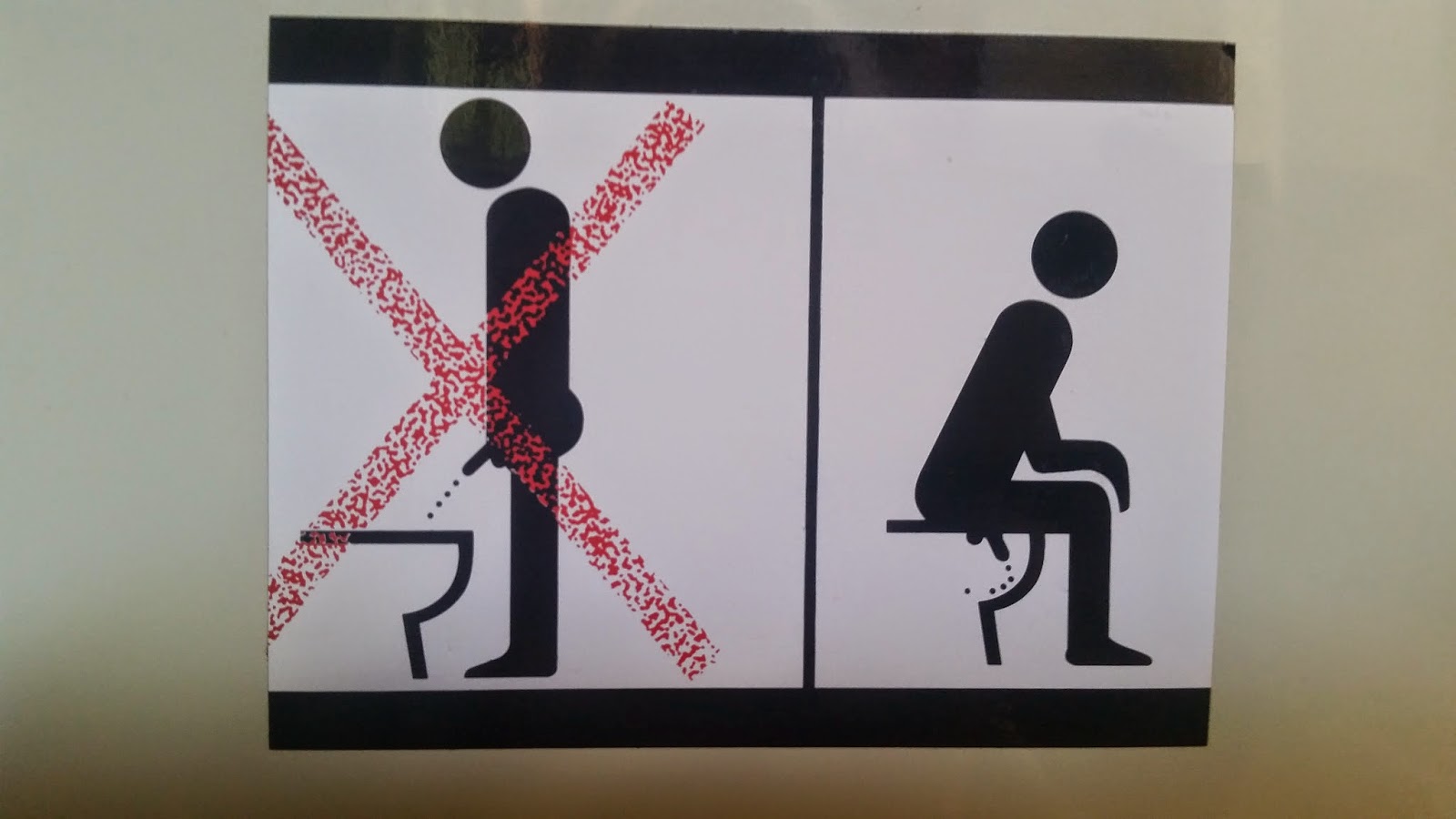 You can see some practical design features around the boat that would be very helpful for visually hindered people such as well placed railings and handles. However, he was not able to designe an addition that would actually allow a blind man to sail the boat... so... hmm, not sure how well he was able to use his design. oh well. Also, all the electricity and outlets are running at 220Volt and all the labels/instructions posted are in French. --> should have brought a converter and learned French Ha..

I absolutely love my cabin! 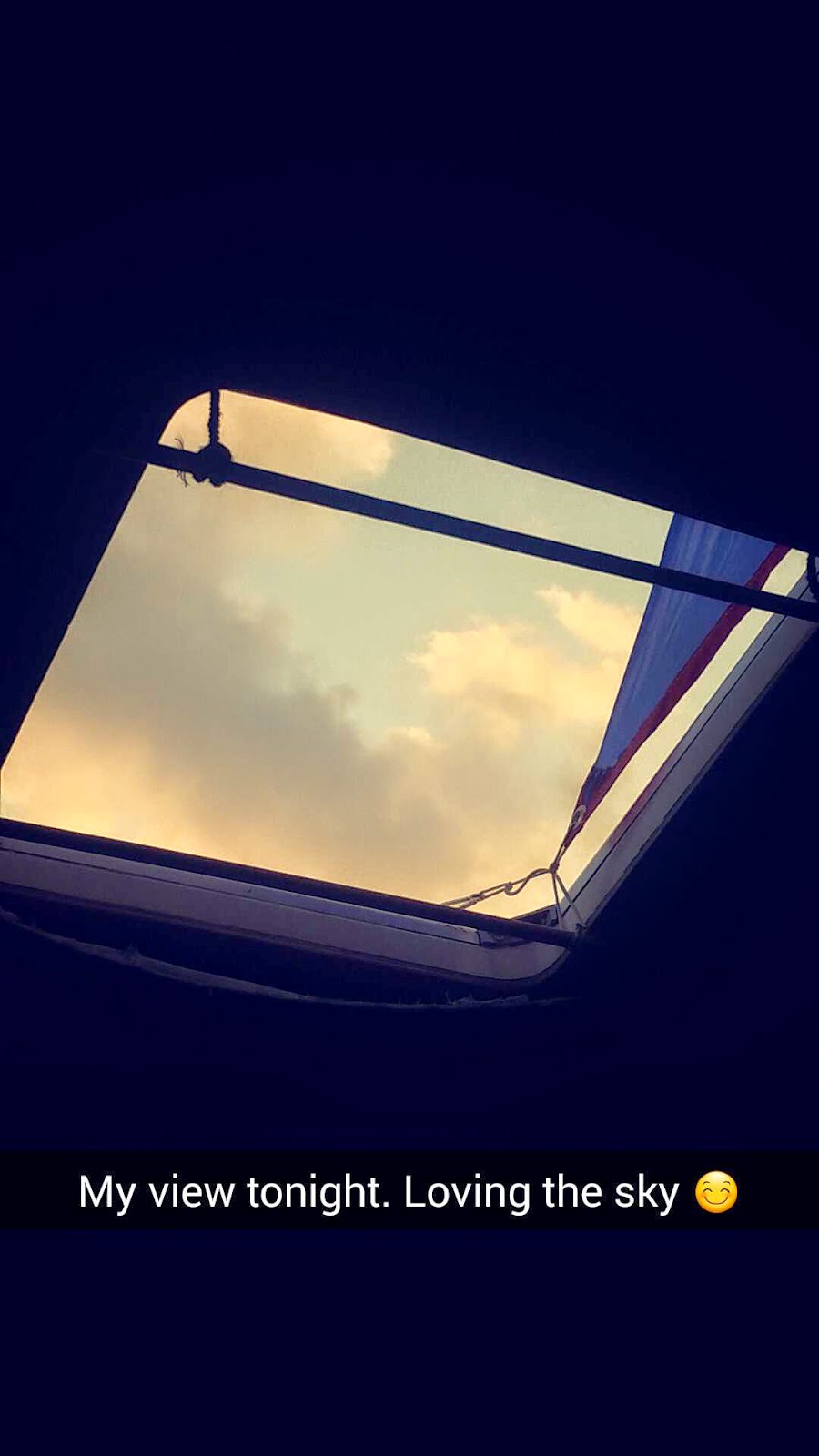 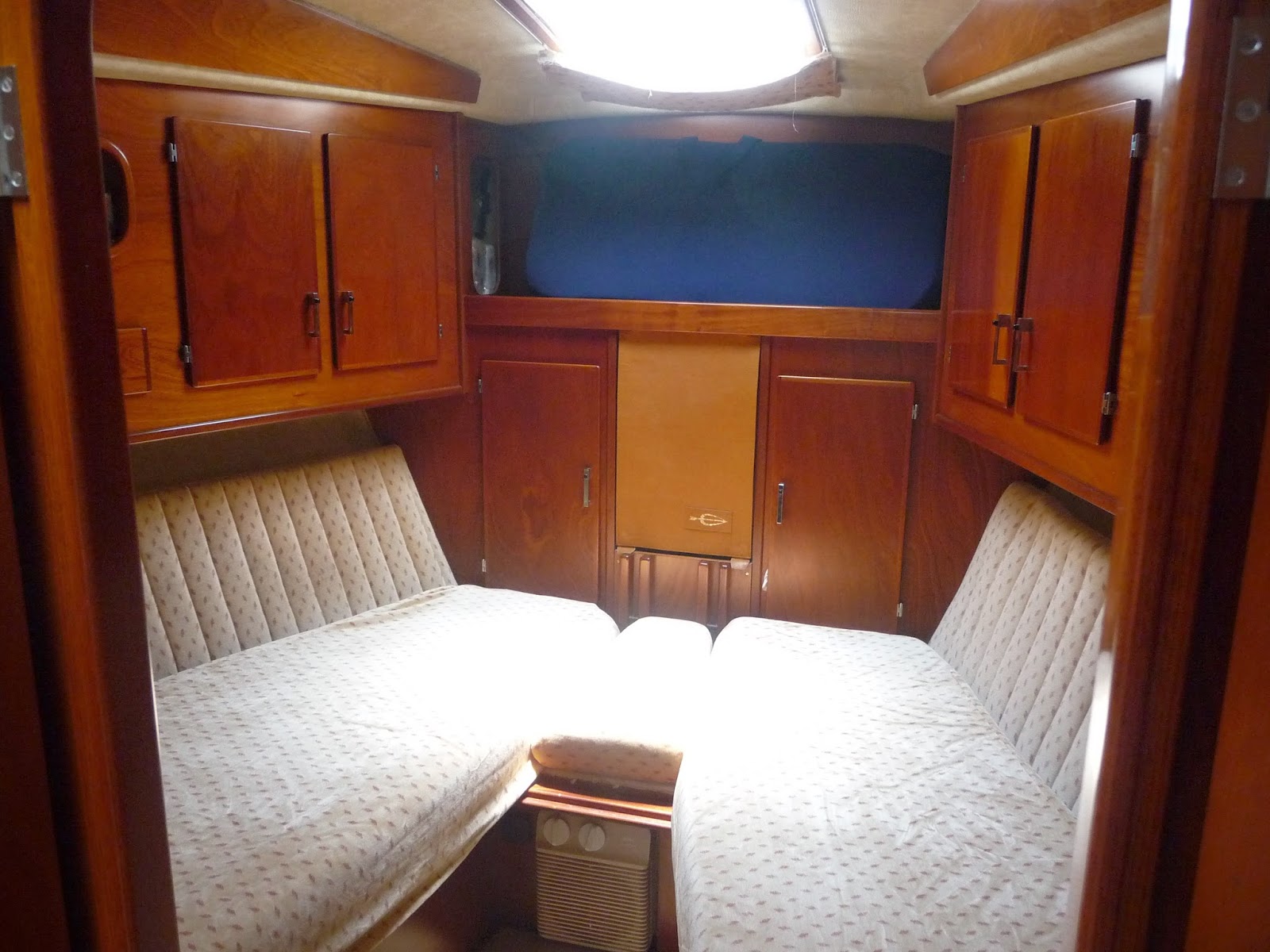 I have the room right up in the Bow (front of boat) with all it's yawing and water slapping.. It's quite private when i want to to be with two half doors that close together and latch shut an undersized sm. nautical passage doorway (everytime i step over-in i feel like i'm entering Narnia. not too sure why). When i have the doors open i'm only a couple steps away from the saloon which is nice when i'm laying in my room reading but still wanting to be a part of the goings on in the main area.

I have to say, so far everything about life on a boat has been absolutely wonderous. Even the cramped moments are still so new to me that i am still just happy to be a part of them.

Speaking of cramped, i thought there was not going to be much space for all the food and provisions that we would need to bring with us once i got a look at the kitchen and living area but, Holy Crumbs, was i so wrong. Tina and i have been doing all of the prep and storing up of the boat these last few days and what a load of work it has been. Everything must be planned out, down to the last can of tuna and no can can go un-dated or un-labled (how terrible to have some storng get us wet, wash off the paper lables and leave us having mystery dinners until rescued). Also, there can be no cardboard containors due to it being a bug magnet on boats (did not know that until now) so everything goes into its own gallon sized bag- including the 100 rolls of toilet paper that i got to ziplock away yesterday. But with all of this storing comes a GREAT sense of saticfaction. Everything has its place on a sailboat. Everything is so organized. Ship shape you know! There is NO end to all the secret little cubbies and nooks and crannies that can be accessed and this boat was designed so well that there isn't a single thing that hasn't been utilized and everything has its purpose.. including me. 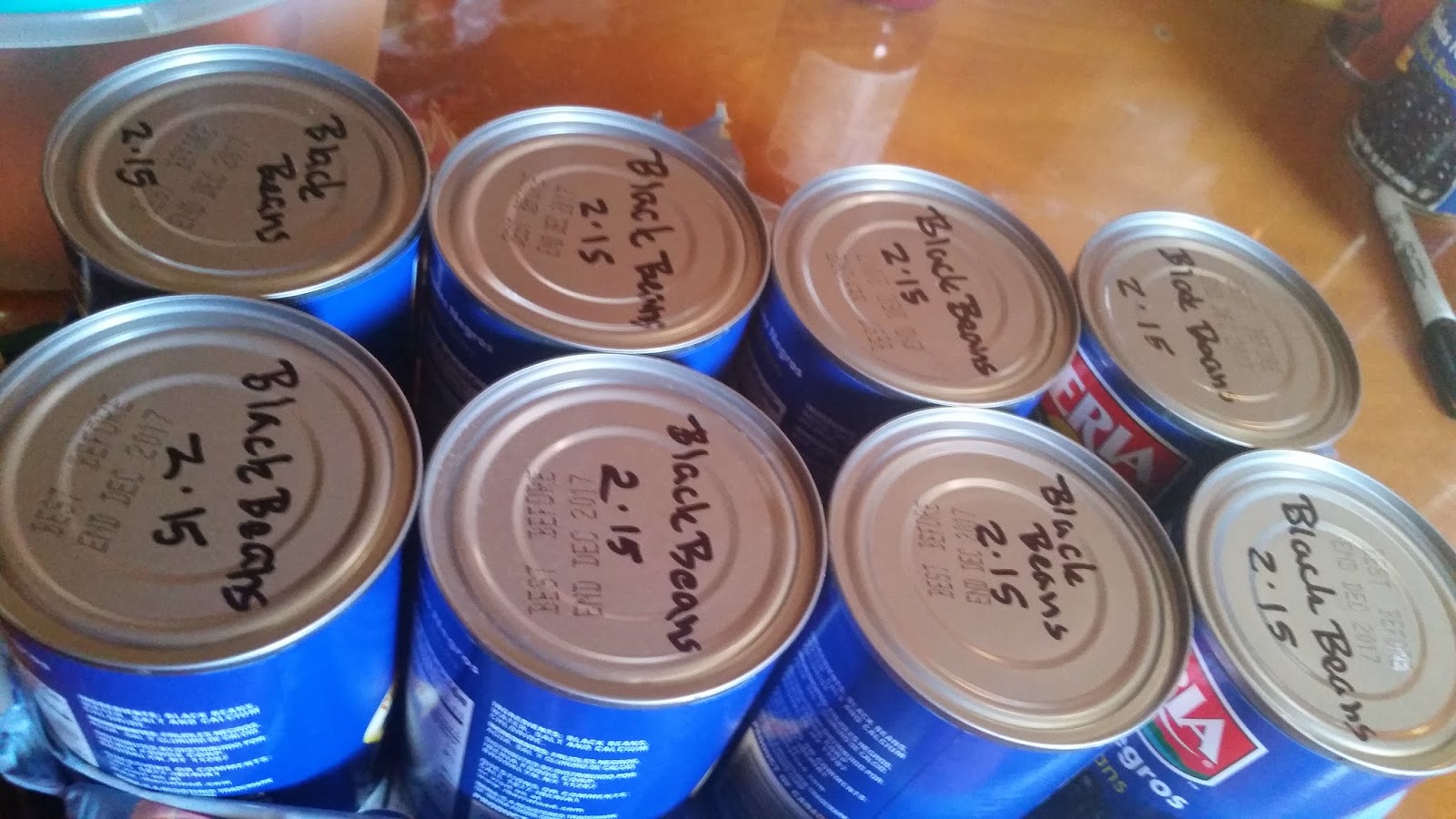 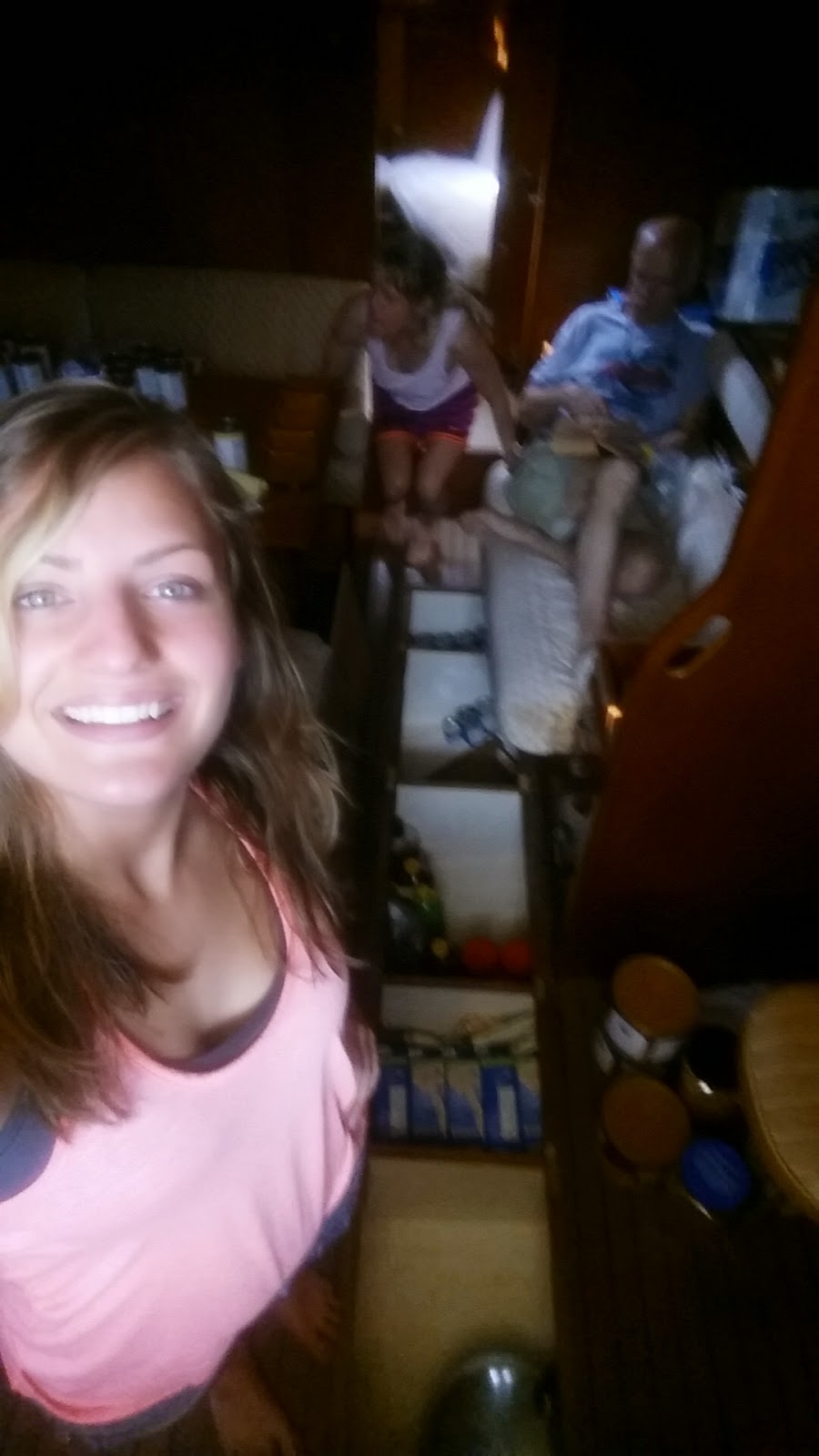 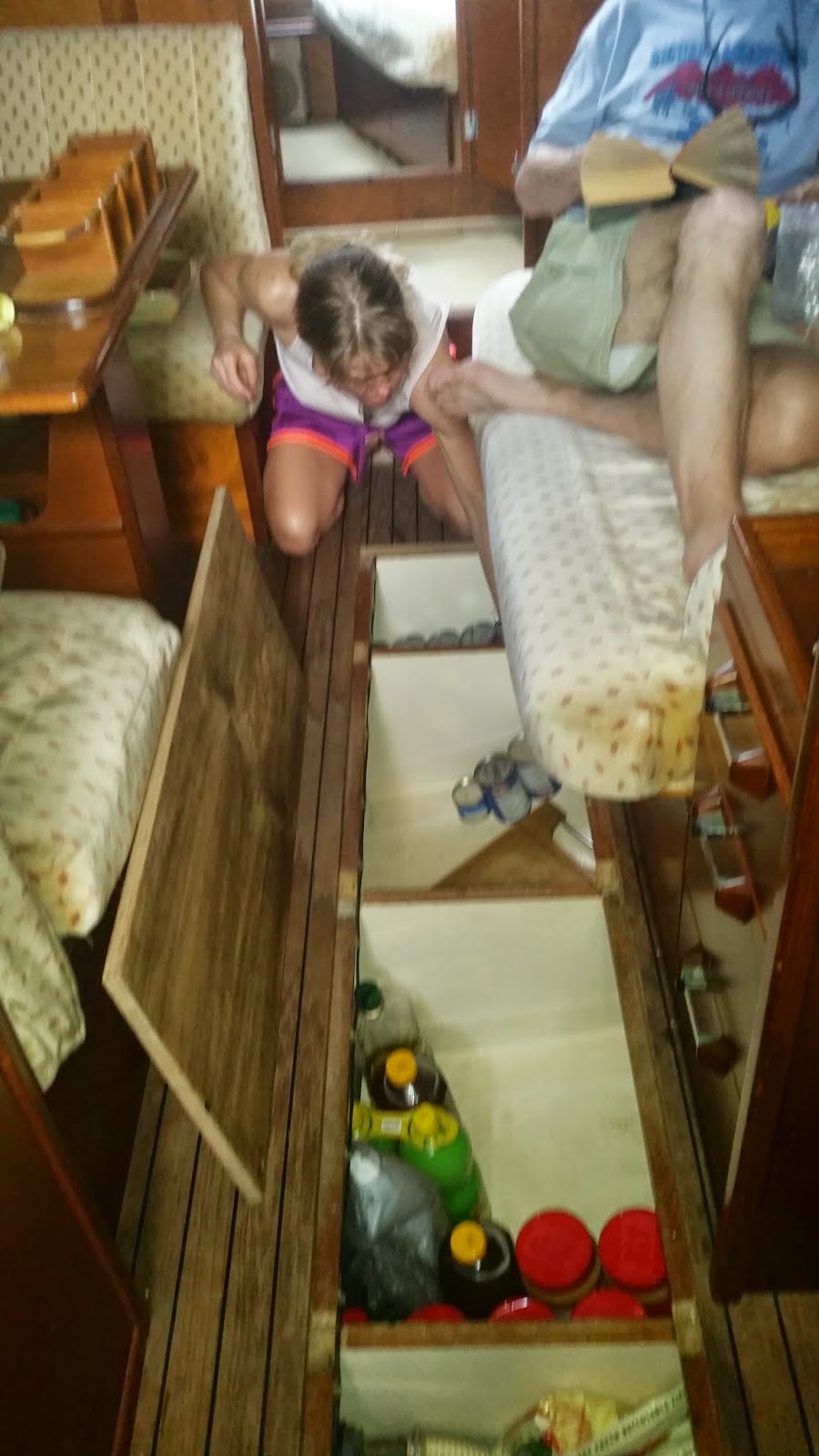 Well I'm certain that i have forgetten things but i'll just fill in once i've thought of anything. I must run now. Off to help make dinner!!
Signing off from The A.T. 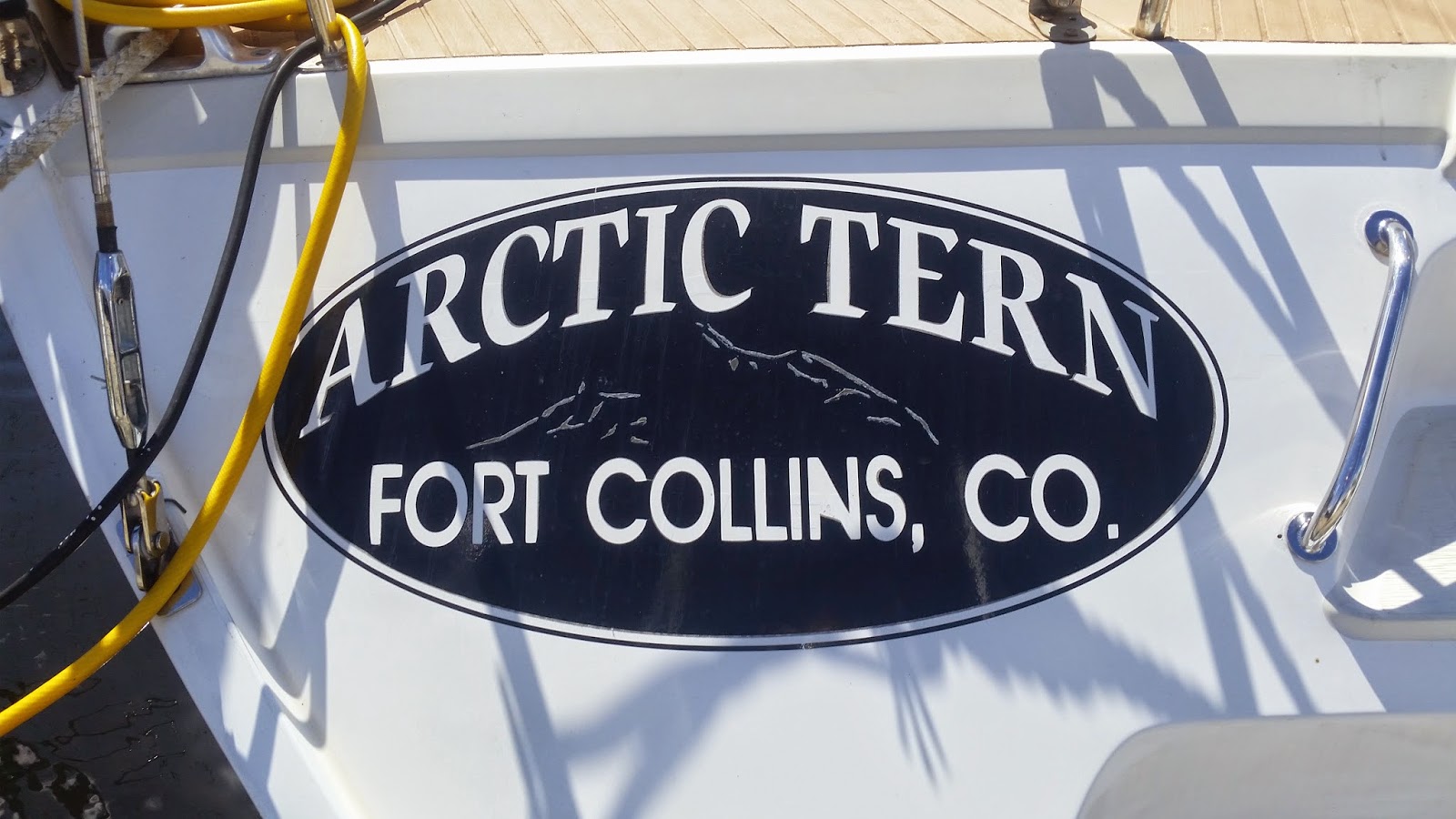 Posted by Scalawag Wanderer at 12:30 PM